"We are the people who run this country. We are the deciders. And every single day, every single one of us needs to step outside and take some action to help stop this war. Raise hell. Think of something to make the ridiculous look ridiculous. Make our troops know we're for them and trying to get them out of there." - that's from her last column, January 11, 2007.
Posted by JayV at 2:07 AM No comments:

The numbers still have to be verified by Montpelier.

With 260 of Vermont's 260 precincts reporting, including 73,059 votes, Peter Shumlin won the Democratic gubernatorial primary on the strength of late-reported southern Vermont votes. His margin of victory is 178 votes, with all towns and cities reporting. Deb Markowitz finished 390 votes behind Shumlin. To request a recount, the margin for victory must be within 2 percent, which is true in this race.

If only I were in Amsterdam this weekend!

Via Volkskrant TV: A busy day for the water police.

PEOPLE MUST SEE THIS

ISRAEL DESTROYS THE VILLAGE OF AL-ARAKIB...FOR THE THIRD TIME! 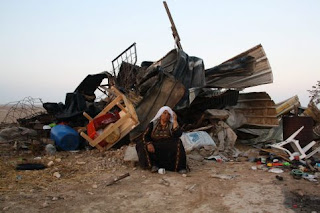 A Bedouin woman sits in front of her rebuilt home in al-Araqib after it was destroyed by Israeli forces, again. (Joseph Dana photo)

"In the middle of the night on August 10, residents of the unrecognized Bedouin village of al-Arakib sent a panicked text message to Israeli activists in Jerusalem and Tel Aviv. Israeli police helicopters were buzzing overhead, surveying the scene ahead of what was likely to be a new round of demolitions." You can read Max's full report here.


Max and Joseph collaborated on a video from the scene of destruction.

"You've got to be carefully taught..."

While Vermont hosted children of 3 faiths from Israel and Palestine - last week they attended a 10 day "Kids4Peace Camp" with Vermont children at Rock Point in Burlington - Max Blumenthal reported (in depth, with photos - taken by Ata Abu Madyam of Arab Negev News) on Israeli high schoolers who have helped demolish a Bedouin village of Al-Arakib, as part of their summer service indoctrination.

It is not hard to imagine what lessons the high school students who participated in the leveling of al-Arakib took from their experience, nor is it especially difficult to predict what sort of citizens they will become once they reach adulthood. Not only are they being indoctrinated to swear blind allegiance to the military, they are learning to treat the Arab outclass as less than human...

[T]he scenes from al-Arakib, from the demolished homes to the uprooted gardens to the grinning teens who joined the mayhem, can be viewed as much more than the destruction of a village. They are snapshots of the phenomenon that is laying Israeli society as a whole to waste.

Other blogger/reporters have commented on Max's story, too: Mondoweiss; PULSE (cross-posted), Helena Cobban. I doubt NPR and other corporate press in the USA would cover this as much as Max has. I first read this when I saw Max had posted it on his Facebook. While there are more horrendous actions in Palestine/Gaza for sure, this was not pleasant to read while eating dinner!
Posted by JayV at 10:33 AM 1 comment:

Labels: blogs, children, education, israel-palestine, peace, Vermont
Newer Posts Older Posts Home
Subscribe to: Posts (Atom)
"So keep fightin' for freedom and justice, beloveds, but don't you forget to have fun doin' it. Lord, let your laughter ring forth. Be outrageous, ridicule the fraidy-cats, rejoice in all the oddities that freedom can produce. And when you get through kickin' ass and celebratin' the sheer joy of a good fight, be sure to tell those who come after how much fun it was." - Molly Ivins 1944-2007