Poet and Jesuit priest Gerard Manley Hopkins was born on July 28, 1844 in Stratford, Essex (now part of Greater London). He converted to Roman Catholicism in 1866 and was ordained priest in 1877. He died of typhoid fever in 1889.

A brilliant man...and so tormented both by his attraction to men and by his love for poetry.  I would have liked to have been his friend.

To Christ our Lord

I caught this morning morning’s minion, king-
dom of daylight’s dauphin, dapple-dawn-drawn Falcon, in his riding
Of the rolling level underneath him steady air, and striding
High there, how he rung upon the rein of a wimpling wing
In his ecstasy! then off, off forth on swing,
As a skate’s heel sweeps smooth on a bow-bend: the hurl and gliding
Rebuffed the big wind. My heart in hiding
Stirred for a bird,—the achieve of, the mastery of the thing!

Brute beauty and valour and act, oh, air, pride, plume, here
Buckle! AND the fire that breaks from thee then, a billion
Times told lovelier, more dangerous, O my chevalier!

No wonder of it: sheer plod makes plough down sillion
Shine, and blue-bleak embers, ah my dear,
Fall, gall themselves, and gash gold-vermillion.

For today, two quotes from a local Vermont blog I have just discovered - a friend has posted/linked them on his Facebook. They are worth pondering.

"You ignore the cyclist making a frantic "stop/slow down" signal (left arm out straight, forearm down, waving frantically at the ground) and you maybe even hear him cry out "YOU HAVE NO SAFE PASS ! NO SAFE PASS! before accelerating around him. Then you make a panic braking/right merging movement so as to avoid a head-on collision with the oncoming maroon pickup truck."

"We have ingrained car culture so deeply in our psyches, we have assumed the risks of injury inherent in driving so completely, we don't even think about them any more."

Lordy, Lordy! The way some automobile drivers behave, it's like they're playing chicken with cyclists. I've seen it. "I double-dare you, sonofabitch," they seem to say to the cyclists. (While they play with their iPad app or text "Honey, I'll be late for dinner, because this guy on a bike is slowing me down!" ) :(I respect cyclists on the road. I guess it's from my experience bicycling in The Netherlands (where there are real bike paths). I used to get miffed by the stupid bicyclists on roads in Burlington - the "share the road" graphics on the lane and signs advising that bikers can use the complete lane. Tap, tap, tap. Hurry the fuck up! Now I realise it's a way for us to slow down, too. I mean, I left Houston because of the dog-eat-dog, frenetic pace. Burlington's rush hour is a nanosecond compared to Houston's. Yeah, slow down, Jay. Now, if only the cyclists would take off their ear pieces and listen to what's going on, and realise they are driving vehicles (cyclists are not pedestrians according to Vermont law) and should stop at 4-way stop signs, too. Grrr.
Posted by JayV at 9:06 AM No comments:

On This Musical Day: Dawn Upshaw

Dawn Upshaw, soprano, was born 17 July 1960 in Nashville, Tennessee. I remember seeing several musical notables during the twenty-three years I lived in Houston. I had the wonderful opportunity to see her in Rosenkavalier with HGO in 1995. Three stars in one evening: Renee Fleming, Dawn Upshaw and Suzanne Mentzer. (Craig Gallagher, who was choirmaster at St Stephen's Episcopal Church, where I was a member, recruited Suzanne to sing with the choir when she was at the HGO Studio - I was in the choir then, too.) Her singing of Barber's Knoxville Summer in 1915 is just lovely.I adore Barbara Cook, but my next-favourite rendition of Glitter and be Gay from Bernstein's Candide is Upshaw's.
Posted by JayV at 10:17 AM No comments: 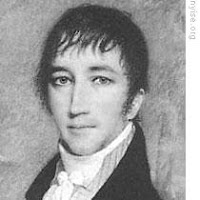 And he's buried at Trinity Church Cemetery (155th St & Broadway). (This is why I love the history of New York City.) My maternal grandfather's grave is right next to his, a few yards from the towering wall at the cemetery’s western border.There's apparently a hundred-plus year old tradition, too. I've never done it, but I'd like to do it. In December (sometimes on St Nicholas Day, sometimes on Christmas Day morning) children from the Church of the Intercession have sung hymns and processed down the the hill in the cemetery to the grave for the recitation of A Visit from St Nicholas.
Posted by JayV at 12:44 PM No comments:

Labels: anniversaries, Christmas, clement clarke moore, Episcopal Church, grave, new york city, US history
Newer Posts Older Posts Home
Subscribe to: Posts (Atom)
"So keep fightin' for freedom and justice, beloveds, but don't you forget to have fun doin' it. Lord, let your laughter ring forth. Be outrageous, ridicule the fraidy-cats, rejoice in all the oddities that freedom can produce. And when you get through kickin' ass and celebratin' the sheer joy of a good fight, be sure to tell those who come after how much fun it was." - Molly Ivins 1944-2007