Although snow blanketed Vermont last week, a working group of the Burlington Board of Health is about to issue this call: Wanted — two Burlington property owners willing this spring to swear off the stew of manmade chemicals many people feed their lawns to keep them as weed- and pest-free as AstroTurf.
Posted by JayV at 8:53 AM No comments:

Avoid a Tampering of Ballots on March 2: Vote in your Ward! 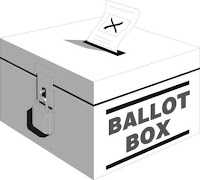 (c)
"Ballot bags or containers shall not be removed or tampered with in any other way, except under COURT ORDER, or by ORDER OF ANY AUTHORIZED COMMITTEE OF THE GENERAL ASSEMBLY.

I am convinced that City Hall is so concerned about the Repeal IRV vote that they'll do anything to keep IRV in the city elections, even fraudulently!

When you vote in the March 2nd City Election, I urge people who want to repeal IRV to vote at their ward polling station. Don't vote at City Hall or by Absentee! The ballots are stored at City Hall and can be opened and changed!

(Remember, in March, 2008, it was ward 7 ballots boxes that Jonathan Leopold ordered Ben Pacy to break, three times, and all he got was a slapped wrist!)

Cross posted at Repeal IRV.
Posted by JayV at 12:53 PM No comments:

Mulcting the public on health care

"The fact that major corporations don't have to pay their own way, and instead are able to enlist legislators to mulct common citizens -- and businesses with more modest Washington connections -- deforms the entire political system."
-- Doug Bandow, "The Bipartisan Scandal of U.S. Corporate Welfare"

WSWS reporting on yesterday's 'bipartisan health care summit" at the White House:At Thursday’s meeting, the president and well-heeled Congressional attendees were at pains to conceal their disinterest in the real plight of the uninsured, the underinsured, the jobless, the poor—those ravaged by the effects of the recessionary crisis. Several Democrats read letters they had received from constituents who had been dumped by their insurer, or who could no longer afford coverage because their premiums had been hiked to obscene levels. These remarks were interspersed with joking exchanges about bipartisanship between the president and his Republican rivals, and cynical posturing by Democrats about the urgent necessity for enacting legislation.

The massive profits of the giant insurers and pharmaceuticals were hardly given mention. Rather, Obama emphasized his commitment to defend the capitalist, for-profit insurance market and sought to rebuff any notion to the contrary. “The exchange? That’s a market-based approach, not a government-run approach,” he stated. He boasted that his plan did not include an employer mandate to provide insurance coverage for workers, and that the consumer tax credits to subsidize insurance “were consistent with a market-based approach.”

Obama went out of his way to stress that his main priorities were controlling government spending and reducing the deficit, aims that can only be achieved by drastic reductions and rationing of care, particularly in the government-run Medicare program for the elderly and the disabled. Republicans seized on the opportunity to pose as defenders of the elderly, referring numerous times to the “half-trillion-dollar cuts” to Medicare, an issue that was avoided by the Democratic speakers.

The plan presented Monday by Obama is in fact devoid of even the fig leafs of reform contained in earlier versions of the legislation. There is no government-run public option. Even the “exchange” where people would be able to purchase insurance has been watered down to markets run individually by the states.

People would be mandated to purchase insurance or pay a penalty.
Posted by JayV at 9:12 AM No comments:

Take your wafer and stick it. Or not

"A priest refusal to grant communion to a gay man has led to uproar in the Catholic south of the Netherlands. A multitude of gay men now look set to descend on Sunday mass in the city of Den Bosch."
Posted by JayV at 9:06 AM No comments:

UPDATED - TODAY'S VOTE: the Vermont Senate voted NO on VY!

"The state senate is set to deny a request to extend its 40-year life span by an additional 20 years condemning the plant to close in 2012, said Peter Shumlin, the highest ranking member of the Vermont senate."

Watch the Free Press live feed of the debate from the senate chamber here.
Posted by JayV at 10:22 AM No comments:

NRC/International reports that a Dutch student has gone to court to get a passport without having his fingerprints added to a police data base.

And on the war on drugs, DutchNews.nl writes that a judge has told police to stop scanning car number plates in order to solve drugs crimes.
Posted by JayV at 12:07 PM 1 comment:

Have a Good Lent 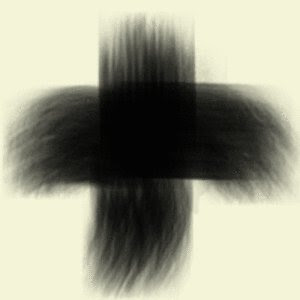 The Ash Wednesday liturgy is sparse and to the point. Traditionally it includes the Litany. This year at St James's Church, Piccadilly, London they've taken the ancient form of the Litany and added some contemporary references. Here is part of it:

From all worldliness, and love of money;
from hardness of heart
and contempt for your word and your laws,
R/ Good Lord deliver us

From the snares of corporate greed,
from the lure of the bonus culture,
from toxic financial instruments and excessive debt
R/ Good Lord deliver us

From the spirit of bombast,
from our fascination with power,
from state-sponsored torture and from
all use of torture
R/ Good Lord deliver us

From corrupt or easily led politicians,
from the 'its within the rules' defence,
from the slow and subtle encroachments of deceit
R/ Good Lord deliver us

From the abuse of process and patronage,
from the attraction of public honours,
and from all blandishments
R/ Good Lord deliver us

From complacency as a Christian community,
from living within sound bites and not your truth,
from love of trivia
R/ Good Lord deliver us

In all times of sorrow;
in all times of joy;
in the hour of our death,
and at the day of judgement,
R/ Good Lord deliver us
Posted by JayV at 6:11 PM No comments:

Yo! Homeboy! "Come to think of it, I'll have a Heineken."

Thanks to 24oranges for this enlightening entertainment.
Posted by JayV at 12:11 PM No comments:

Get with the Program, CofE! A Woman's Place is in the House of Bishops!

I have never understood the idea of alternative oversight bishops in the TEC and CofE. Especially when both Churches opened up the three orders of ordained ministry to women waaay back in 1976 and 1992, respectively. Even back in 1976 I thought these compromises were ridiculous... - a comment I posted on Thinking Anglicans, May 25, 2008

A church that acknowledges that women should be allowed to be bishops cannot also say that it has doubts about it.- Christina Rees in the Guardian Comment is Free, February 9, 2010.

The General Synod of the Church of England has just completed. After 35 years debating this issue in the Anglican Communion, enough, already!

The observation is made repeatedly that if one were to replace the word "women" in these discussions with "black" or even "French", the breathtaking offence of these views would become obvious. This verbal offence indicates a much deeper issue: females are still considered by some to be unable to represent Christ at the altar and as not being made fully in the image of God.

Of course, this is denied by the men and women who oppose women's ordination. They cite tradition, as if that has remained static over the past 2,000 years, and ecclesiology, as if the Church of England's relationship with some other churches is more important than what it understands to be true. All this in spite of the fact that elsewhere in the Anglican communion women have been ministering as bishops for over 20 years.

It will come. Within a few years there will be women taking their place among their brothers. As women have been integrated as priests over the last 15 years, now representing nearly 40% of all Church of England clergy, so too will women be appointed as bishops. When that happens, there will at last be parity for women, but what will remain is the more important work of transforming people's understanding of what it means to be human in the light of the life, death and resurrection of Jesus Christ.

Today Thinking Anglicans lists several General Synod related articles in Comment is Free section of The Guardian.
Posted by JayV at 8:42 AM No comments: 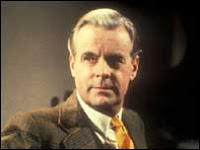 Of course I remember him as Lord Peter Wimsey in the Sayers mystery dramas on BBC. And in Lucky Jim. Ian Carmichael has died at age 89 in his home in North Yorkshire.
Posted by JayV at 10:23 AM 1 comment:

On Dick Cavett, the brilliant Stan Freberg talks about radio ads he created in 1970 during the Vietnam-era for the McGovern-Hatfield amendment ("amendment to end the war"), which would have cut funding for Nixon's war. It was defeated in a vote 55-39. We can imagine what Freberg would have thought about the Obama wars...

What goes around, comes around

The former St. Joseph’s Orphanage on North Avenue in Burlington, now headquarters of the Roman Catholic Diocese of Burlington, will be sold as part of a settlement with victims of priest sexual abuse going back decades.

The abuse was by parish priests throughout the state. I wonder what happened inside the building when it was an orphanage. It's a huge property, prime real estate for developers, overlooking Lake Champlain. There have been rumours in the past that some conservative (Republican) residents in the new north end of town want to secede from Burlington to create a separate town, making this property their town hall. Who knows what will happen.
Posted by JayV at 9:12 AM No comments:

Labels: Burlington, clergy, roman catholics, sex offenders, sexual violence, Vermont
Newer Posts Older Posts Home
Subscribe to: Posts (Atom)
"So keep fightin' for freedom and justice, beloveds, but don't you forget to have fun doin' it. Lord, let your laughter ring forth. Be outrageous, ridicule the fraidy-cats, rejoice in all the oddities that freedom can produce. And when you get through kickin' ass and celebratin' the sheer joy of a good fight, be sure to tell those who come after how much fun it was." - Molly Ivins 1944-2007