BEYOND EARTH DAY: LIVING IN THE MODERN CONDITION

On the day after Earth Day, Stephen Pizzo, in today's Chimp: "A billion Chinese and another billion Indians are now in the same line as the US and Europe demanding their share of the earth's finite resources; oil, copper, tin, rare earth minerals, food and clean drinking water. The earth simply cannot support 7 billion humans demanding even the most modest modern lifestyle."

Tell that to the US Chamber of Commerce, which doesn't speak for us. For Lockheed Martin - US Chamber member and partner with the city of Burlington to combat climate change - sustainability means profits for its own benefit and not the earth's and future generations' of the planet's inhabitants (e.g. profits before people).
Posted by JayV at 3:00 PM No comments:

I would not have known about Marta Eggerth's birthday had I not listened to a tribute to her on our local public radio station's Saturday Afternoon at the Opera. The host played a number of Merry Widow songs sung by her (in at least 4 languages!). He quoted Marta Eggerth's advice for a long life: "Never retire." She and her son have their own YouTube channel.

Marta Eggerth - 99 years old today - is one of the last of the great European operetta stars. Max Reinhardt directed her in Die Fledermaus.
In 1927. Franz Lehar wrote shows for her.

In 2004 when Queen Juliana died, a Dutch television history program called Andere Tijden (in English, Other Times) featured a segment about Princess Juliana and Prince Bernhard's 1937 wedding and marriage. Part of it was spent at the Hotel Patria in the Polish ski resort of Krynica (on the Czech border). The hotel was owned by Jan Kiepura, the singer, who had recently married Marta Eggerth. There is a fascinating clip featuring Marta Eggerth - starting at 11:58 to about 25:00 - reminiscing about meeting and spending time with the royal couple at the hotel. She also sings in the clip - definitely she has not lost her theatrical and operatic allure. The program is in Dutch and Polish but Ms Eggerth speaks in English. I cannot embed it, so click here for the clip. 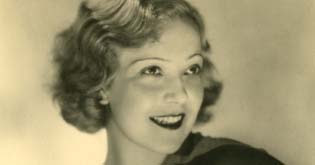 Last year when she was 98, one of her films was shown at MoMA in NYC.
Posted by JayV at 9:22 AM No comments:

OF COURSE THEY KNOW IT'S A CRIME, SO THEY DENY, DENY, DENY

Arnie Gunderson of Fairewinds Associates in Burlington does a demonstration.
Posted by JayV at 9:57 AM No comments:

"THE YOUTH OF BENGHAZI"

Broadcast on Sunday, April 10. It's a Dutch program, but a lot of it's in English. Click "bekijk video" to view.

He died in 1981. In 1988, Kay Ballard and Arthur Siegel performed a tribute to Harburg at Michael's Pub. Part 2 includes a Groucho Marx impression of the song, "Lydia," Mabel Mercer's "April in Paris," and a medley of songs from "The Wizard of Oz," featuring Kaye playing "Over the Rainbow" on flute:

HOW TO TELL NPR ISN'T TOO LIBERAL

How to tell NPR isn't too liberal

This afternoon, discussing the budget negotiations and the possibility of a federal government shutdown, Mara Liasson said it would remain to be seen what the reaction would be on the part of "the voters, and, more importantly, the financial markets." - Pablo Davis

Your EPA at work for YOU!

The EPA is preparing to dramatically increase permissible radioactive releases in drinking water, food and soil after “radiological incidents,” according to Public Employees for Environmental Responsibility.

"Remembering MLK and the rights of labor"

Leonard Pitts, writing in the Miami Herald, reminds us that, while Martin Luther King, Jr. is a giant of the struggles for civil right, in a sanitized MLK his fierce call for for the rights of labor is often forgotten (on purpose?). In fact, on the night before he was assassinated, Dr. King gave a speech in support of striking workers.

"...he warned that if America did not use its vast wealth to ensure its people “the basic necessities of life,” America was going to hell.

The Baptist preacher in him reared up then, and his voice sang thunder. For all the nation’s achievements, he roared, for all its mighty airplanes, submarines and bridges, ‘‘It seems that I can hear the God of the universe saying, ‘Even though you have done all that, I was hungry and you fed me not. I was naked and you clothed me not. The children of my sons and daughters were in need of economic security and you didn’t provide it for them.’ ”

"It will come as a surprise to some that the civil rights leader was also a labor leader, but he was. He had this in common with Asa Philip Randolph, who suffered long years of privation to establish the Brotherhood of Sleeping Car Porters. And with Walter Reuther, brutally beaten when he organized sitdown strikes that helped solidify the United Automobile Workers. And with Crystal Lee Sutton, inspiration for the movie Norma Rae, who lost her job for trying to unionize a textile plant in Roanoke Rapids, N.C.

"These people and many others fought to win the rights now being taken away.

"Granted, those rights have sometimes been abused — used to shelter the incompetent or reward the greedy.

"But to whatever degree our workplaces are not filled with children working adult hours, to whatever degree an employer is required to provide a clean and safe workplace, break time, sick time or fair wages, that also reflects organized labor’s legacy."

It's with Press TV's Autograph. An excerpt:

There is really no leadership in the country right now that is capable of putting this hatred back in the box; instead what you have are a bunch of Republican presidential hopefuls who really have no chance of defeating Obama competing with one another for who can be the most extreme - because the far right controls the party.

Today, Newt Gingrich who is the former House majority leader; who has had three wives and who cheated on his second wife with a congressional staffer and then left his second wife while she was recovering from cancer, he's going to the church of Pastor John Hagee, the foremost leader of Christian Zionism in the US.
Hagee believes the end of the world could come any day and that Islam is the religion of Satan and that if Jews fail to convert to Christianity they will burn in an everlasting lake of fire. Yet he is also a great supporter of Israel and hailed by Netanyahu as a friend to the Jewish people. Now, Newt Gingrich is making a pilgrimage to his church.

So this just shows how extreme the party has become; how it's gone from the big tent of Eisenhower to a one-ringed circus of Palin and Gingrich.

Max Blumenthal is one of my favourite journalists. You can read more of his writing on his website.
Posted by JayV at 12:52 AM No comments:

Labels: hate crimes, islamophobia, israel, journalists, max blumenthal, palestine-israel, Republicans, US politics
Newer Posts Older Posts Home
Subscribe to: Posts (Atom)
"So keep fightin' for freedom and justice, beloveds, but don't you forget to have fun doin' it. Lord, let your laughter ring forth. Be outrageous, ridicule the fraidy-cats, rejoice in all the oddities that freedom can produce. And when you get through kickin' ass and celebratin' the sheer joy of a good fight, be sure to tell those who come after how much fun it was." - Molly Ivins 1944-2007