O MARGRIET! MORE THAN A PRINCESS! 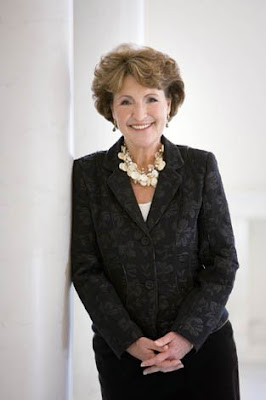 Her Royal Highness Princess Margriet of The Netherlands turns 65 today! On 19 January 1943 she was born in Ottawa, Canada. Her mother, Princess Juliana, and her sisters, Princess Beatrix and Princess Irene, had taken refuge in Canada and Ottawa was a 'safe haven' from the German-occupied Netherlands.

So the Princess could maintain her Dutch nationality, the Ottawa hospital maternity unit was declared "Dutch."

"From that day on Canada became a second home", the Princess has said on several occasions. "I feel a very strong bond with Canada and it is becoming stronger as I grow older. You want to return to the place you were born." With her husband she has travelled the length and width of Canada, including a daring husky-expedition with the Inuit.

There is however, a second reason for returning time after time: the Canadians veterans, the men and women who risked their lives during the Second World War to help liberate the Netherlands.

"It is very important that we continue to show gratitude to those who liberated us, who came all the way to Europe, that we continue to respect them and keep them in high regard for peace and liberty come at a price," Princess Margriet said in a special Dutch television programme last night. You can watch a fragment here, too.

After the documentary yesterday on TV De Telegraaf publishes an interview with Princess Margriet (by Alex de Vries) today.
Posted by JayV at 4:11 AM