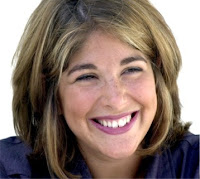 Neither is afraid of controversy. So when the filmmaker Michael Winterbottom was picked to direct a storming screen adaptation of Naomi Klein's book The Shock Doctrine, which takes a hatchet to free market capitalism, Ms Klein heartily approved.

But Winterbottom's work, which is to be broadcast on Channel 4 on 1 September, has led to such insurmountable creative tensions that Klein, who originally came on board to narrate the film and act as a consultant, does not appear in the credits as a writer or consultant, or act as its narrator.

Klein, who is believed to have wanted more interviews and have less narration in the film, was not present at its premiere at the Berlin Film Festival earlier this year and does not mention the film on her website. She conceded yesterday that there had been major differences in opinion as the project developed. "I can confirm that the original idea was for me to write and narrate the film," she told The Independent. "For that to have worked out, however, there would have needed to be complete agreement between the directors and myself about the content, tone and structure of the film.

"As often happens, we had different ideas about how to tell this story and build the argument. This is Michael's adaptation of my book, and I didn't want there to be any confusion about that. I wish the film success."

Johann Hari in the same newspaper writes 'Klein's account of this "disaster capitalism" is written with a perfectly distilled anger, channelled through hard fact. So what happened to the film? Winterbottom serves up a cold porridge of archive footage and soundbites that have some vague link to the book, without the connecting spine of Klein's explanations. It is as though an idiot has explained the book to another idiot, who then made a film.'
Posted by JayV at 11:20 AM