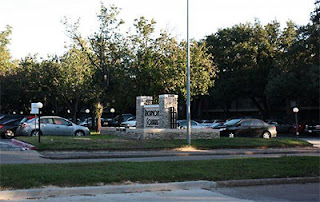 From 1986 to 2000, I lived in Richmont Square apartment complex in the Montrose area of Houston, close to the University of St Thomas. The property is owned by the Menil Foundation - Dominque de Menil placed her fantastic art collection in the Menil Museum, on Sul Ross, just behind Richmont Square. Rice, University of Houston, St Thomas students and Texas Medical Center staff lived there amid amazingly tall live oaks. The site had been previously owned by an order of Roman Catholic nuns who stipulated that the trees not be cut down, when they sold the property. 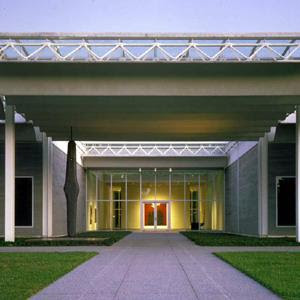 Now the foundation plans to demolish the 495 unit complex to replace it with...who knows what. Good-bye reasonable rents in the near-town!?

... its board has already approved a master plan that would clear much of the area for galleries, sculptures and program-related buildings.

However, the details on exactly what would replace Richmont Square remain part of “a flexible plan” that will likely not be implemented for “five or 10 years, even longer,” according to Vance Muse, communications director for Menil.

“We now have to decide how to implement it, emphasizing careful growth,” Muse said.

In its current form, the approved master plan for the Menil-owned area, adjacent to Richmond Avenue, calls for dense residential use and commercial development.

“We’d like to keep it bohemian, if at all possible,” he said. “There has always been a commitment (by Menil) to offering a break.”

If not, Richmont Square would join the ranks of other large, moderately priced rental properties in the area that have been replaced in recent years by more expensive dwellings — or by nothing at all.

Related Posts on Richmont Square and the Menil: