“I don’t feel sad,” she said. “I feel emotional, but not sad. I’ve been so lucky, and I’ve had such a ball doing it. And there comes a point when you think, to want to go on even longer is just greedy if you’ve been given such a good time. I’ve had the most wonderful colleagues, and the most wonderful managers and agents and accompanists, and most wonderful orchestra partners. I’ve just had a great time. There’s no blow there. The blow doesn’t need to be softened.” 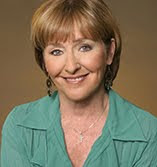 I wish I were in NYC tonight! Frederica von Stade's farewell concert is at Carnegie Hall tonight. Here's snippet of an interview with Jason Victor Serinus in Playbill:

JVS: As a singer, what was the biggest obstacle you had to overcome?

FVS: First of all, you have to put up with imperfection, and the number one imperfection is your very own voice. I think the times I’ve been happiest in my career are when I’ve forgiven my voice for all it can’t do and been grateful for all its miracles.

JVS: Which have been your favorite opera roles?

FVS: Probably Cherubino (Le nozze di Figaro)—that kind of optimistic, almost annoyingly joyful person. The other would be Mélisande (Pelléas et Mélisande), the other side of my soul. She’s the personification of innocent sadness—the pure sadness children get that they can’t explain.

JVS: That’s one of the extraordinary things about your voice and about you as an artist: On the one hand, you’re filled with such joy, yet your ability to evoke grief and sadness is extraordinary.

FVS: Life is the agony and the ecstasy. Where I think we get into trouble as humans is that we expect all ecstasy, and we think there’s something wrong if we’re not happy.

JVS: This will be your farewell at Carnegie Hall. What do you want to say to people?

FVS: The biggest thought, energy, inspiration behind this particular evening is thank you. It’s been a fabulous time.