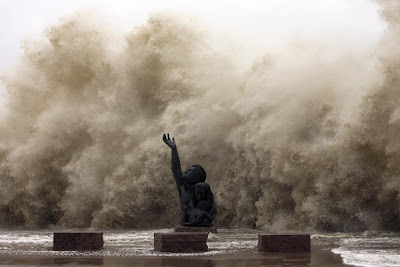 Waves crashing into the Seawall reach over the memorial to the hurricane of 1900 as Hurricane Ike slams Galveston.

Brennan's opened in downtown Houston more than 40 years ago and constantly rated as one of the best eateries in the city.

It's a favorite spot for Sunday brunch and family celebrations.

It was only one of several fires across the city of Houston late Friday and early Saturday morning. But as hurricane force winds approached Houston, the fire department ordered a handful of fire stations to not go out and battle any blazes until the storm threat subsided.