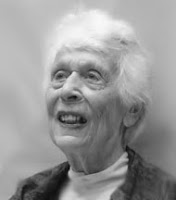 NORWICH -- Freya von Moltke, a prominent member of the Nazi resistance in World War II, has died at the age of 98, her son said.

Von Moltke, who was born in Germany but had lived in Vermont since 1960, died Friday after suffering a viral infection, her son Helmuth von Moltke told the Lebanon Valley News.

In her writings after the war, von Moltke described her life in the resistance with her husband, Helmuth James Graf von Moltke, who co-founded the anti-Nazi Kreisau Circle and was executed for his activities.

The Kreisau Circle included several dozen clergy members, economic experts and diplomats. Freya von Moltke hosted meetings in 1942 and '43 at the family estate at which the group discussed plans for the democratic Germany they hoped would follow the collapse of the Third Reich.

In 1943, the group established contact with Col. Claus von Stauffenberg, the leader of the German military resistance, and supported his failed attempt on July 20, 1944, to assassinate Hitler with a bomb.

Helmuth von Moltke was arrested in January 1944 for warning a friend that he was about to be arrested. He was executed a year later for treason.

In 1947, Freya von Moltke left Europe for South Africa, where her mother-in-law had been born. She worked as a social worker but grew troubled by the apartheid regime and returned in 1956 to Germany, where she began publicizing the activities of the Kreisau Circle.

She moved to Vermont to live with Eugen Rosenstock-Huessy, a Dartmouth College professor and social philosopher who had fled Germany after the rise of the Nazis. After Rosenstock-Huessy died in 1973, she dedicated herself to promoting his works and those of her late husband.

Her transcriptions of her husband's letters were published in German in 1988 as "Letters to Freya 1939-1945." Her memoirs, "Memories of Kreisau and the German Resistance," were first published in 1997.

After the fall of communism in 1989, the von Moltkes' former estate was chosen by the German and Polish governments as the site of a reconciliation Mass between the two nations. It is now used as a youth center and meeting place to promote European integration.

Von Moltke gave her blessing to the establishment of the Freya von Moltke Foundation for the New Kreisau to support the work being done at the estate.

I've always been amazed by the courage of the resisters against the Nazi regime of whatever cultural or political stripe - aristocrats or Anarchists, Communists or Social Democrats or whatever - who acted at enormous personal risk.

In 1989, the Geschwester-Scholl-Preis, a literary prize named after Sophie and Hans Scholl, was awarded posthumously (link in German) - in the presence of Freya von Moltke - to Helmuth James von Moltke for "Briefe an Freya 1939-1945 " ("Letters to Freya 1930-1945"). You can also read the New York Times review of that book here.

For further reading, I recommend "Berlin Diaries 1940-1945" the posthumously published diaries of Marie Vassiltchikov, who was secretary to Adam von Trott and knew many people in the July 20th plot.

On Tuesday, January 5 the Guardian had an editorial, "In praise of... Freya von Moltke":

She dedicated much of the six and a half decades of post-war life she would enjoy to chronicling the German resistance, in lectures and books, and in her later years she supported the conversion of Kreisau into a centre for European reconciliation. A woman who lived and sacrificed through her country's darkest years, was keen to bequeath the promise of a brighter future.